The German brand’s smallest electric SUV to date is set to go on sale in February 2021 and then introduced into UK markets in late March. With its majestic exterior and luxury interior, this EV will be sure to appeal to customers.

The fully electric German titan is expected to arrive at around £42,000. The EQA will become yet another electric vehicle to come from Mercedes-Benz, with the EQC and EQV models already on the market.

Being the first real compact premium electric crossover on the block, the EQA will offer stark competition to other popular EV’s such as the Volkswagen ID.3 and Kia e-Niro. 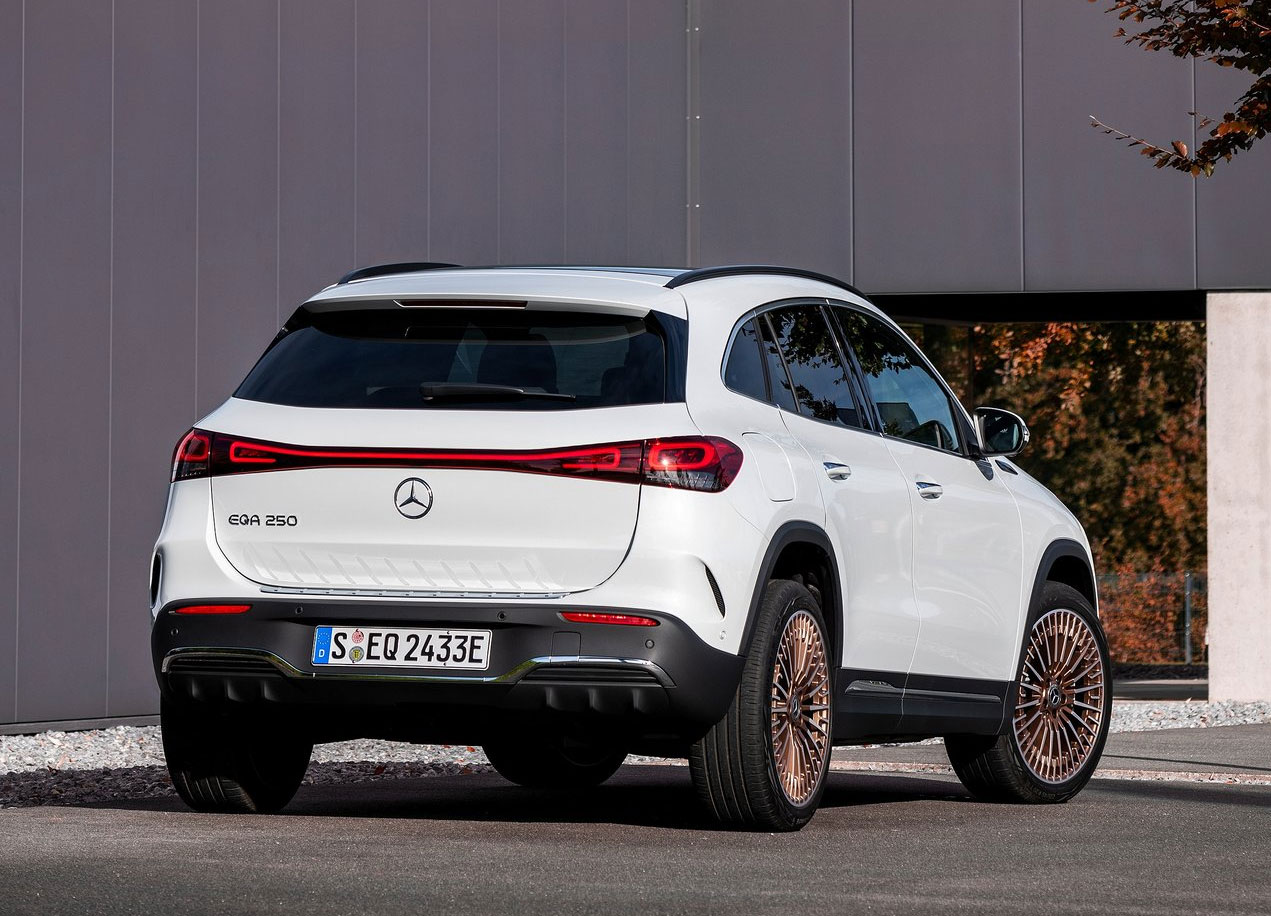 The exterior of the car strongly resembles that of the latest GLA crossover but with some very subtle styling differences such as unbroken lighting strips at the front and rear along with a signature ‘black panel’ EQ radiator grille.

At the front the EQA has the standard full-LED headlights and at the rear the tail lights combine as a single piece light bar, moving the number plate down toward the bumper as oppose to what can be seen on the GLA.

The interior is more or less the same as the GLA with added rose-gold-coloured trim inserts on the vents, seats and key. The base model will come with 64-colour ambient lighting system and an electrically operated tailgate as well as electrically adjustable seats and sports steering wheel.

A dual-screen infotainment system and a sat-nav will come as standard along with a ‘Hey Mercedes’ voice command feature. 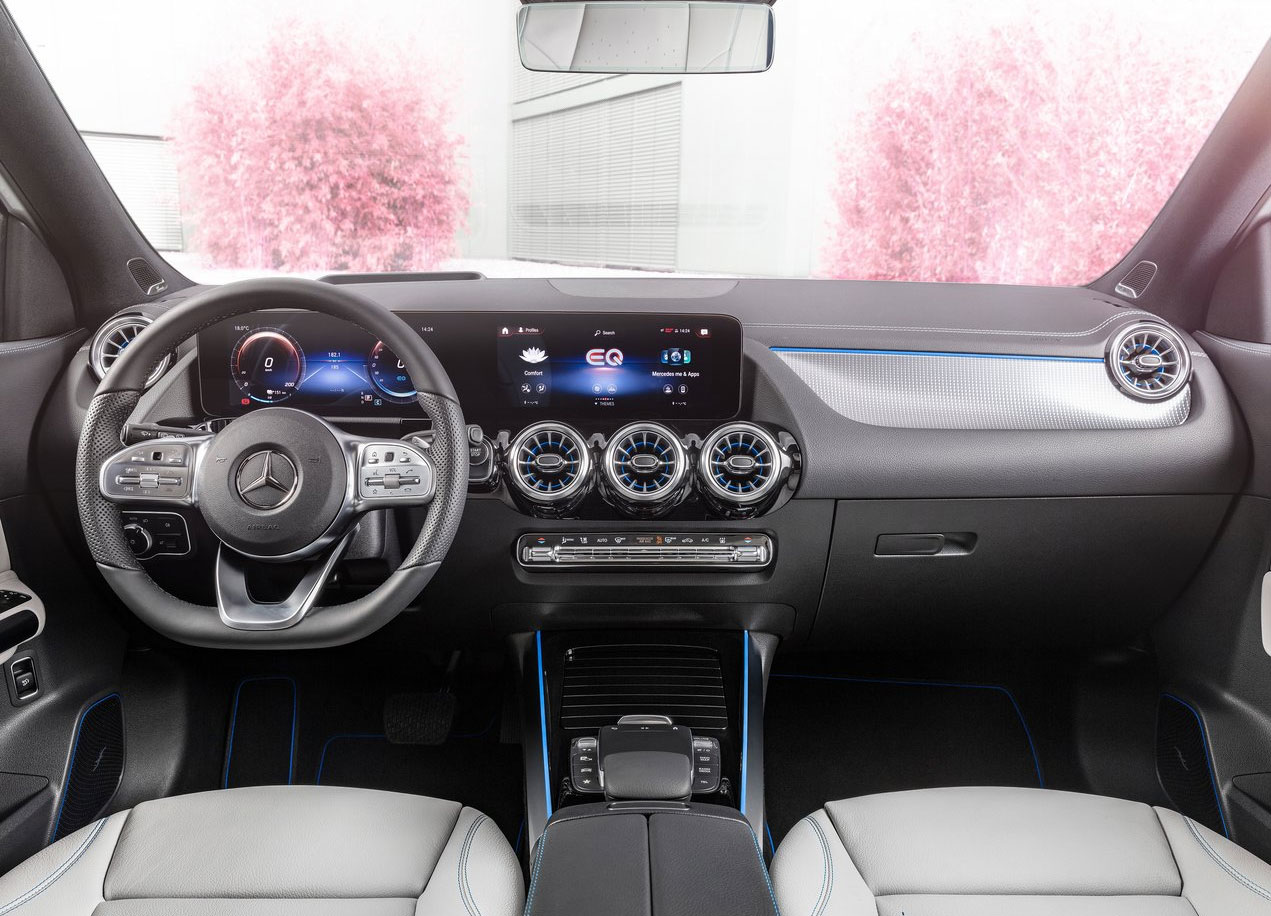 On top of the dashing design a range of very compelling specs come with this new vehicle too. The base model will have a range of 265 miles (according to the WTLP figures), a top speed of 99mph, 0-62mph of 8.9 seconds and 188bhp.

Upon its first release, the EQA will only come with one choice of motor and battery. The single electric motor will have 190hp and 375Nm of torque. This will be situated under the bonnet and will be responsible for driving the front wheels.

To charge the EQA from 10% to 100% using a 11kW wall box, it will take just under 6 hours. On a public fast charger, 10% to 80% can be achieved in just 30 minutes. Mercedes are planning on creating a long-range version that will compete with the Tesla Model Y at about 314 mile range.

As well as many of the typical safety pieces that you’d expect from a current Mercedes vehicle, like automatic emergency braking and lane-keeping assist, the EQA has a clever feature that will spot a pedestrian who looks as if they are about to step out into the road and will stop the car if required. The latest adaptive cruise control will also be installed which will accelerate, brake and steer for you on motorways.