Audi’s new futuristic concept, the skysphere, is a two-seater fully electric and autonomous car that has the ability to extend its wheelbase.

Beneath the vehicle’s long bonnet and aggressive, jet black styling, is a 4.94m-long shapeshifting wheelbase.

With just a press of a button the skysphere can go from ‘Sports’ mode into ‘Grand Touring’ mode. This extends the wheelbase to 5.19m whilst simultaneously folding back the steering wheel and pedals into an “invisible area”. 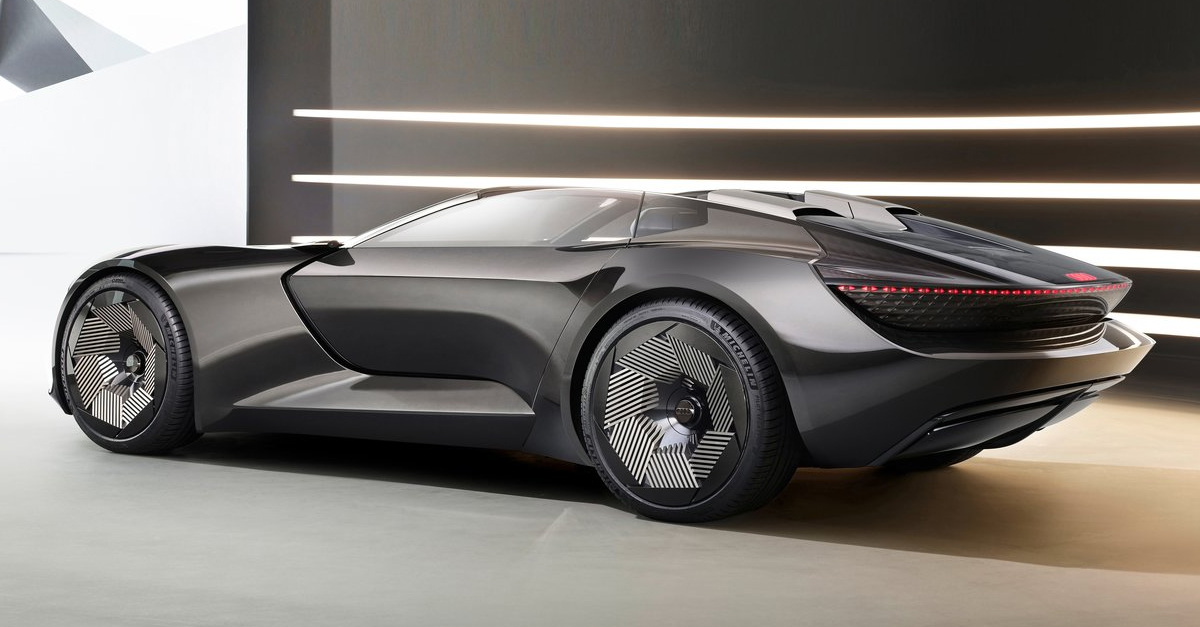 The Head of Audi’s Malibu design studio, Gael Buzyn, said that he designed the skysphere to be a “redefinition of the grand touring”. 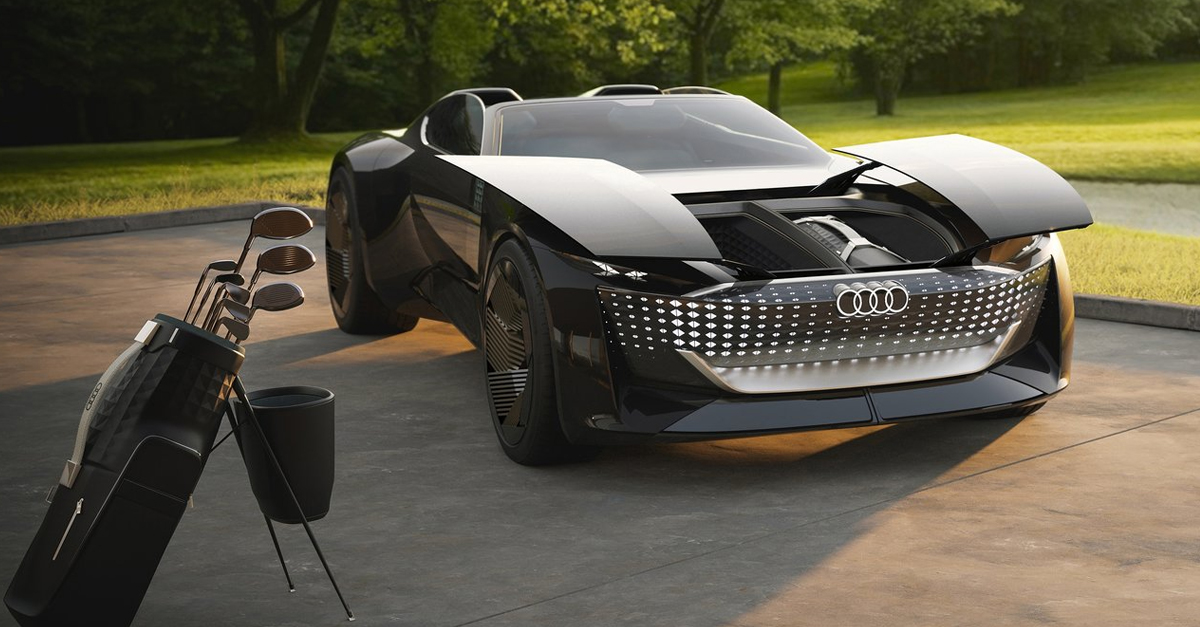 The futuristic skysphere styling has drawn similarities to the fictional Batmobile. The Concept is very forward-looking and indicates what Audi’s next-generation ‘progressive luxury’ design language could look like.

Further design highlights include the light-up single-frame grille that consists of a series of white LEDs that can display a number of moving sequences. A similar LED panel can also be seen on the back of the car too. 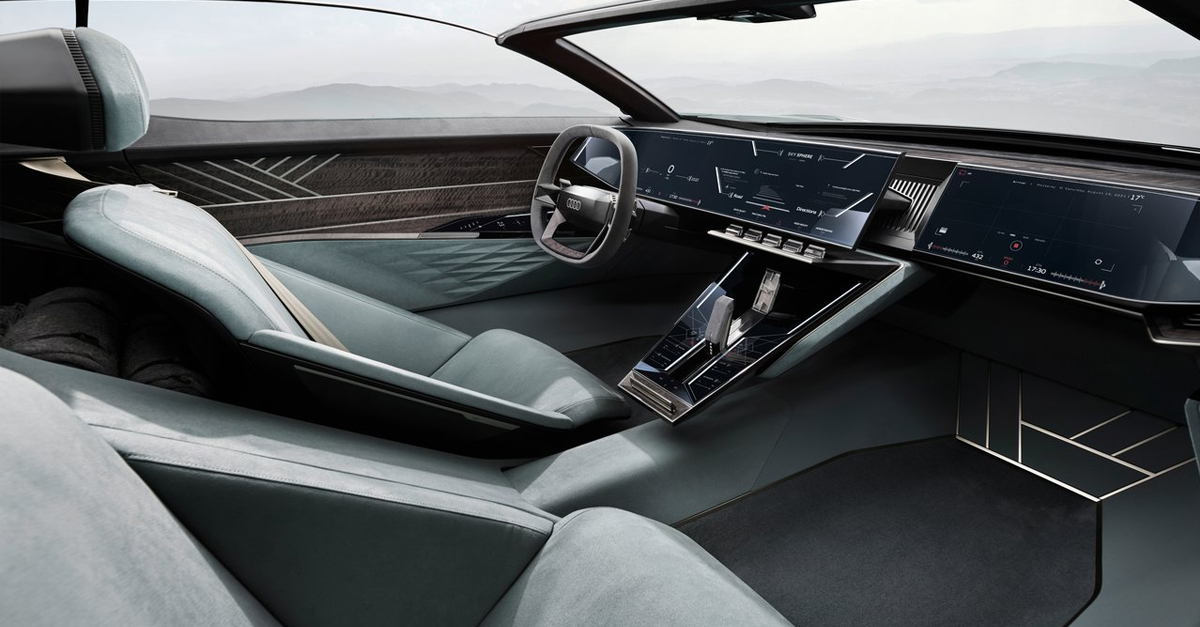 Due to its autonomous nature, Audi have focussed on making the interior of the skysphere a luxury experience for its users by making full use of its cabin space.

Audi expect that the battery capacity will exceed 80kWh, meaning it’ll achieve a range over 300 miles on the WLTP cycle. Steer-by-wire will feature, as well as double wishbone axles at both ends of the vehicle.