For almost two decades now the German carmaker has teased the creation of a new retro-styled van. In 2011 we were met with the Bulli concept and five years ago the ID.Buzz was displayed for the first time.

The new EV van will take styling cues and inspiration from the iconic Type 2 microbus in an attempt to reinvent an old favourite with the latest electric technology.

The new Buzz will be a versatile vehicle with a long electric range. It’ll be available as a 5-seater passenger car as well as a 3 seater van named the ID.Buzz Cargo. 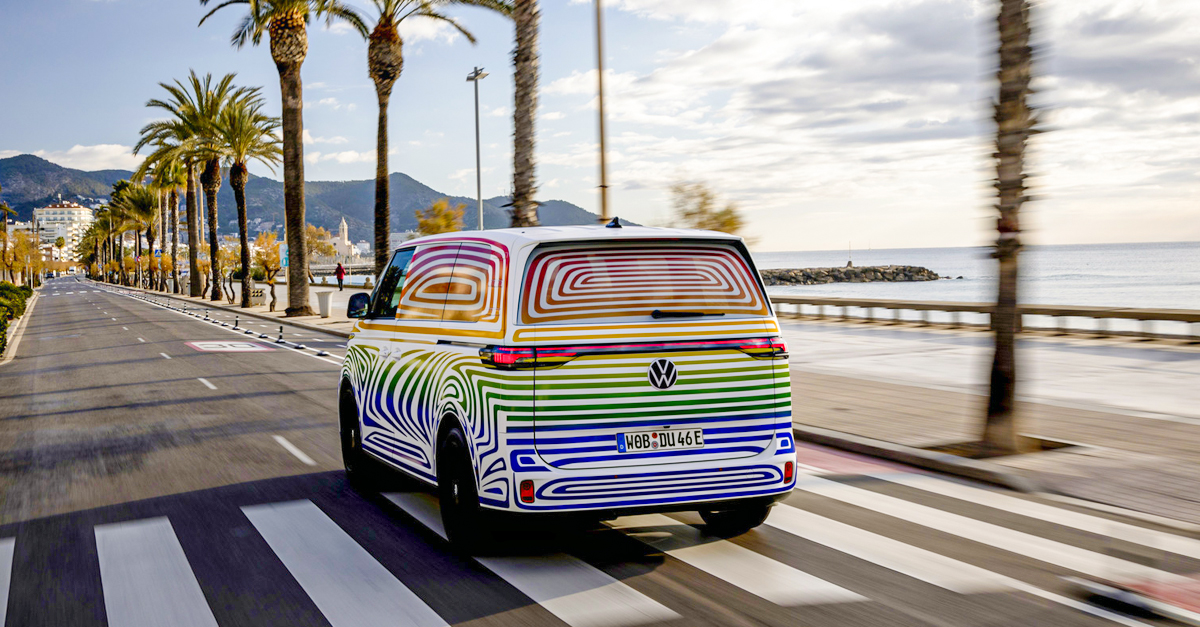 The most recent images of the Cargo model have been released by Volkswagen in a disguised swirly wrap ahead of a full reveal that is expected to arrive in March.

What sets the new Buzz apart from its competitors is that it’s been built from the ground up as an electric van as opposed to changing an existing ICE van into an electric one. This allows the Buzz to fully embrace the latest cutting edge electric technology.

It’ll make use of VW’s versatile MEB platform with a coil suspension and tight turning circle. The only official powertrain option at current is the 150kW RWD version, which should provide 201bhp and 229lb of torque. The van will also have an electronically limited top speed of 90mph.

An all-wheel-drive variant with a twin-motor and longer wheelbase is due to arrive too. 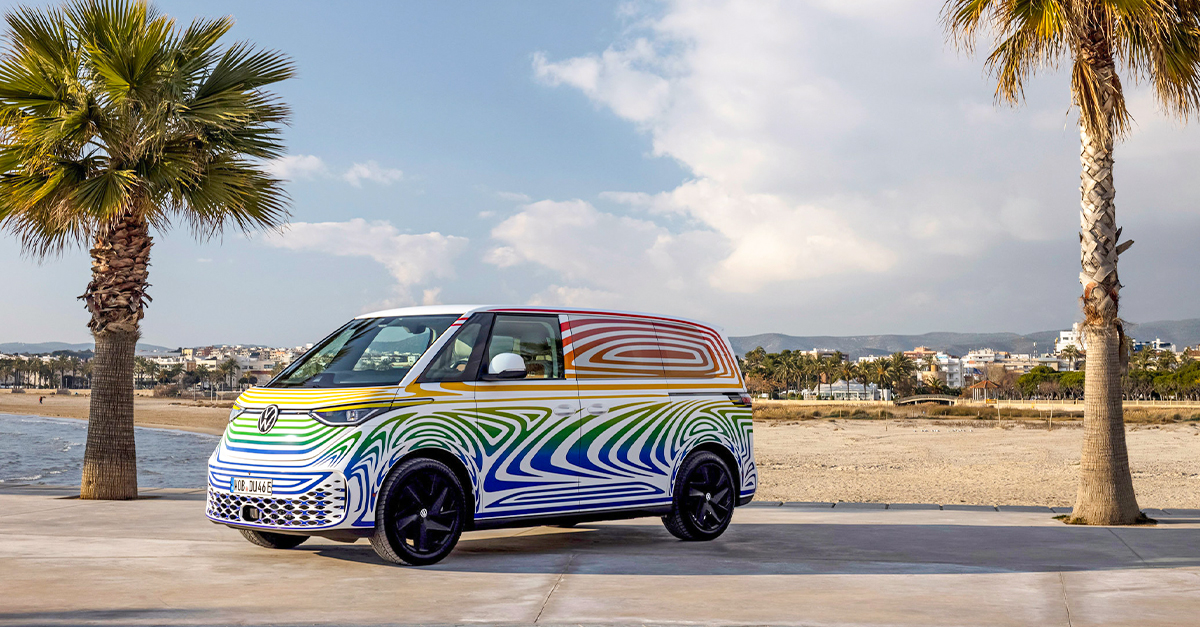 The ID.Buzz looks like it’ll be a vehicle that comes in a variety of shapes and sizes but it’s worth noting that even at its smallest it will still measure at least a foot longer and wider than the iconic Type 2.

That being said, the latest concept is smaller in size than the existing Volkswagen Multivan and Transporter, meaning it’s very suitable for car parks and parking spaces.

When the Buzz finally goes on sale later this year pricing is expected to be below the £50,000 mark.